Investors and lenders risk being caught out by a wave of corporate dirty tricks as the Covid-19 pandemic continues to cause financial mayhem. You will see them in all sizes of companies – from Sheffield Wednesday suffering a 12-point penalty for reporting the sale of its ground in the wrong year, to Kraft Heinz restating 3 years’ profits down by $180m.

Sharp practices and aggressive accounting techniques come to the surface in difficult times and I have heard about some appalling examples happening right now. Lenders and investors must be highly wary of such tricks during the recession – as they will almost certainly be the losers.

Investment guru Warren Buffet said, ‘only when the tide goes out do you discover who has been swimming naked.’

Broader market growth can conceal the impact of abusive tactics, such as financial report manipulation and last-ditch restructuring. Banking and investment analysts do not necessarily focus on the details when a story looks positive and a stock has momentum.

But these practices are being exposed all too quickly in the current recession. Rumours about dirty tricks – even among supposedly reputable companies – are already swirling around financial markets as corporate owners scramble to protect themselves against the potentially devastating effects of Covid-19.

Many such aggressive techniques are not new – companies have been using them for years. One of the most infamous examples is Philip Green, the retail magnate who, according to a Commons investigation, plundered British Home Stores for millions before selling it for a pound. BHS creditors were owed £1 billion but received only £36 million. Green blamed others for the company’s plight. Nicola, the “next Tesla” has been recently attacked by short-sellers alleging misrepresentation – Nicola rolled an engine-less truck down a hill to show its technology in action. Nicola didn’t deny it, their defence – “we never claimed the truck in the video was not powered by gravity.” Not a crime but together with other revelations it has led to the resignation of the company’s founder and executive chairman, Trevor Milton.

Another example is energy company Abengoa. The company is under investigation for accounting fraud while trying to avoid becoming Spain’s largest-ever bankruptcy by refinancing 9 billion euros of debt. Creditors have complained that the parent company drained its foreign businesses of cash and assets; but the company claimed the money rightfully belonged to the parent.

A third notorious case is casino group Caesars Entertainment, whose creditors accused private equity owners of siphoning off its best assets ahead of filing for bankruptcy protection with $18 billion of debt. Caesars’ private equity investors only conceded when the US court threatened the partners with $5bn of potential liability for damages into alleged “fraudulent transfers”.

During a financial crisis, owner managers and private equity investors often reduce focus on operations in favour of protecting shareholders’ interests. Inevitably, this is at the expense of creditors.

To the uninitiated, this may seem unlikely or unachievable. But many aggressive accounting techniques have been commonplace for some time and private equity owners among the most notorious users. Covenant protections in leveraged loans in recent years have been significantly relaxed, giving company owners much more flexibility to run businesses without having to consult bankers. Now “portability wording” is coming into leveraged loans, so another crucial protection is being eroded.

Debt restructuring itself is not necessarily a problem – many companies will use it legitimately to help them get through tough times. The bigger problem is hidden restructuring manoeuvres that companies use to protect their assets and secrete them away so there is no value left for creditors.

Large companies can afford to hire expensive consultants to advise them on restructures. In comparison, many investment companies and banks only get to the table after the dirty deeds have been done.

In the recent deals I have heard about, the mid-cap bankers and other creditors involved did not have the time nor level of sophistication to realise the risks and spot warning signs. But they need to learn how to spot such signs better and faster, before an even bigger, dirtier wave of tricks hits them. 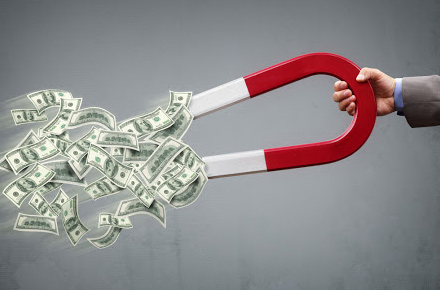 Distressed companies use a wide variety of different tricks to protect owners. As a banker or investment analyst, you need to be aware of as many of them as possible.

In this online financial course – which can be taught as a virtual classroom – you will receive practical advice on how to look for hidden problems in the companies you cover. You will examine the tell-tale signs and symptoms in various ill-fated companies’ accounts and the problems that inevitably followed for creditors.

You will also learn about how distressed companies try to restructure or shelter assets from creditors and avoid defaults, including:

Our financial services training leaders are well connected in the business world. They will tell you what really happened in a series of high-profile insolvency cases, and how it affected creditors. For example, you will learn about how private equity owners of a retail chain took all the stock out of shops before liquidating the company, leaving the banks and insurers eviscerated.

The course will also analyse how a major entertainment company restructured to licence out parts of its business, reducing profit and interest payments at the expense of lenders and tax authorities. Crucially, you will also receive credit analysis training to understand companies’ debt positions and the likelihood of them paying debt off. It is a critical issue given the game of pass the parcel many companies are playing with debts as they battle the effects of the pandemic.

This course will help make sure you are not left holding the parcel when the music stops.

Sign-up to get the latest news and update information. Don't worry, we won't send spam!